Warren is cute and some nights I undress him in my thoughts. We spend the awkward morning-after in the lunch room while I stand behind him and listen, patiently, to the cappuccino slowly dripping into his mug. He turns around, smiles, and the machine whirs as if begging either of us to break the silence in its stead. But he doesn’t and I don’t, and he goes back to his seat and I go back to staring at his shoulders, broad and brooding, his white shirt pristine unlike the pictures in my head, dirty as if drenched in endometrium sludge like a six-hour old tampon, the bleeding elephant in the room.

I once used the word “vilified” while talking about Gloc-9 and it flicked a switch in Mika’s head. Do not take college friends for granted, she said. You will miss conversations like this the day you leave.

I think I now know what she meant. I was browsing an issue of the college paper earlier and I saw an article written by a Gael Garcia M. Burnal. I chuckled, sincerely unlike a LOL that’s almost always silent, and I realized that I would die to be once again surrounded by people who could appreciate the pun the way I did.

There are times when reading poetry hits me hard like an uppercut to the face, the entirety of an arm’s force in full swing, a bony knuckle clashing against the breve of my chin. And then my neck snaps and I wake to the present, now, sitting on the bed and bowing to the retina screen, my back against the wall in perfect Darwinian slouch.

I cringe at my own pretentiousness sometimes.

We were on the way to a club when Belle asked me what I look for in a date. Intelligent conversations, I said. Mmkay, she responded, joked about the library a few blocks away, and started chattering about something else, possibly John’s black-rimmed glasses.

It was Ellie who first brought up the concept eons ago. We were in SC, I remember, and she said she couldn’t imagine being friends with people who offer nothing intellectually. I felt guilty; was that a jab at me? I asked and she said no, come on, we wouldn’t be speaking right now if it were.

She may or may not have given me an okay-lang-yan pat on the head.

The Unbearable Lightness of Being Boring

“Your turn,” he said. “Tell me something interesting.”

This, after he shared his fondness for philosophy in literature and we playfully classified our friends according to Kundera’s four categories of people.

I blanked out. I tried to come up with something, anything, but my brain became a labyrinth and thinking, a Sisyphean task. I have nothing, I told him. Silence dragged on for a split-second. Or two minutes, or 10 days. 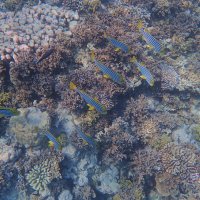 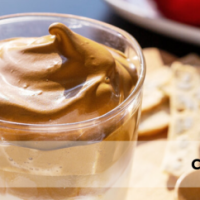