I’ve been out of sorts since the 25th. Christmas was fine, all right, but my headspace? Not so much.

My room is a mess, my hair is a mess, and my wallet is a — it’s missing. I can’t find my wallet and I don’t remember where I left it. I know it’s just somewhere around the house but I’m just too drained to look for it, man. I’m exhausted even though I haven’t been doing anything. Ah shit, I hate this feeling.

Anyway I needed some sense of faux-productivity tonight so I did this tag from Sleeping Suburb. Twenty questions, twenty songs. I discovered some of these songs only this year and, hmm, should I write a year-end essay too? I’ll think about it, but maybe only after I find my wallet.

One of my favorite songs this year is “Lose It” by SWMRS. The opening lines hit close to home, and then I got to the chorus: And tell me / why d’you have to have such a damn good taste in music? / Yeah if all my favorite songs make me think of you / I’m gonna lose it.

I fucking lost it.

A song you hate

Hate is too strong a word for music, don’t you think?

A song that makes you sad

I’ll go with “1972” by Josh Rouse. We’re going through the changes / hoping for replacement / until we find a way out of this hole.

A song that reminds you of somebody

“Sweet Disposition” by The Temper Trap reminds me of Delfin Mercado. Won’t stop ’til it’s over / Won’t stop to surrender. If you’re reading this, mars, I miss you!

A song that makes you happy

“Pynk” by Janelle Monáe, cause boy it’s cool / if you got the blue.

A song that reminds you of a specific moment

“Leave It In My Dreams” by The Voidz, but I will share the story some other time. This is a really good song though, especially if you dig The Strokes. Searching for meaning in a combination of notes / Don’t overthink it, don’t overthink it.

A song you know all the lyrics to

A song that makes you dance right away

I’m not into dancing e.

A song that helps you fall asleep

I prefer ambient noises to help me sleep, but “Old Pine” by Ben Howard is a solid bedtime tune. If this song were a girl, then she’s a damn pretty girl.

A song you can relate to

Oh boy, baboy: “Yoshimi Battles the Pink Robots Part 1” by The Flaming Lips. Cause she knows that it’s demanding / to defeat those evil machines.

A song you used to love but you now hate

“Love Me Like You Do” by Ellie Goulding. Nagsawa lang, ganern, pero hindi naman hate.

A song from your favorite album

Do favorite EP’s count? One my favorites this year is Megumi Acorda’s Unexpectedly, and I really like the track “Ghost.” Dancing in my head last night / dreams of different ways to die. Oh Megu. 💔

A song you can play on an instrument

The perfect song for driving

“Night Drive” by Gotye. Trust me on this one, kids. This song is Gorgeous, capital G. And even if you’re not driving, listen to this at night while you’re in a moving vehicle and — aah, such a quiet joy.

A song from your childhood

A song you’d like to be played on your wedding

A song you’d like to be played on your funeral

“BYOB” by System of a Down. If you at least get to the refrain, I think you’ll like it, too. 🤘

The featured image is a screenshot from Lose It’s official music video. 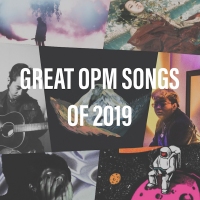 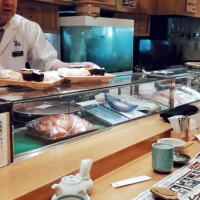