In this post I explain what “bias” is, why it is more complex than being unfair or preferential, and why legislators need a quick lesson on Journalism 101.

I CRINGE EVERY TIME I hear people misuse the word bias.

I understand that not everyone has received the same training and education as I have, so when people unironically say things like, “biased ka lang e” or, “these are my unbiased opinions,” I just hush my judgment and silently concede that bias has become a common buzzword in everyday Pinoy conversations.

A problem ensues, however, when politicians bungle the word bias and weaponize it against the media. When legislators cry foul against biased reporting while invoking values like objectivity with blatant ignorance of how these concepts are applied in journalism, I cringe even harder in disgust.

Politicians yelling “biased!” against every story they deem displeasing is dangerous: it parrots the misconception that bias is nothing but the opposite of neutrality, and that neutrality is the supreme measure for what makes a valid report or opinion. These notions are patently wrong, and I think it’s high time that we unpack and re-calibrate our understanding of the word bias and all its implications.

Bias or no bias

So, what exactly is bias?

The magazine Psychology Today defines bias as the “natural inclination for or against an idea, object, group, or individual.”1 Everyone is inherently biased, says the article, and our biases can stem from varying factors, including our own upbringing and a lifetime of social conditioning by schools, the church, and mass media.2

The word bias is therefore not a simple antonym for impartiality — it is a complex concept that recognizes how the judgments and decisions we make are affected by an array of influences. All of us have cognitive, perceptual, and motivational tendencies to favor one side or another,3 so to claim that people must be unbiased is to essentially belie our being human.

Note that we are not always aware of our own biases. “[We] can form impressions of others, pursue goals, adopt attitudes and regulate [our] emotions – all without awareness, effort or intention,” according to a 2006 psychology study from Princeton University.4

The same study suggests that as people are inclined to deny bias in themselves, they also tend to impute bias against others who share a different set of beliefs or opinions.5

The everyday Pinoy usage of the word bias seems to agree with this finding. We call our friends biased when, for example, they say our favorite Korean drama is not even that good (“biased ka lang e!”). It is also in the same spirit of juvenile jabbing that the country’s legislators accuse a media network of being biased (“ang biased ng balita!”).

The myth of objectivity

Recent events have put media bias under the spotlight. Legislators insist, implicitly, that so long as the news does not depict them favorably, then the media is being biased and is therefore not upholding the standards of media objectivity.

But what does objectivity mean in the context of journalism?

The cursory definition peddled by most English teachers describes objectivity as an obligation to present both sides of a story. This definition is echoed and popularized in mainstream catchphrases (“walang kinikilingan, walang sinusuportahan”), and so we latch onto the idea that journalists must by all means strive to be neutral.

The spread of this simplistic notion is why we need “to have good journalism teachers [and] to teach nuancing and context in journ schools,” writes veteran journalist Ed Lingao.6

Objectivity does not require journalists to be free of bias. The concept sprung within media circles in the 1920s as a call for journalists “to develop a consistent method of testing information…precisely so that personal and cultural biases would not undermine the accuracy of their work,” says the American Press Institute.7

The pursuit of objectivity is therefore not about being neutral — it’s about having a methodical approach to research and investigation.

No journalist, for instance, would launch an investigative report on a corruption allegation and claim that they are neither for or against the crime (corruption is bad, period). Still, journalists are required by the profession to remain disciplined in their research and to be conscientious in collecting and analyzing the evidence, all according to their editorial discretion.

Freedom of the press

Every newsroom has their own editorial policies. In practice, however, these policies are not always partial to the cause of truth-telling alone. Media organizations can have business interests too. The media can frame a story to maximize its clicks, ratings, and profit, all of which can have great effect on public awareness and social discourse.

So to impute bias against the media is not necessarily wrong; it’s actually a given. Being biased, however, is not always negative or unfavorable (another misconception!). The media, for example, can steer its biases to perform the noble duties of shedding light on anomalies, combating disinformation, and upholding a nation’s democracy.

Next time you feel like using the word bias, ask yourself: bias for whom? Bias against what?

It is of course imperative that we consistently call out the media’s tendency to sensationalize stories, but it is also equally important to contextualize the allegations of bias hurled by certain legislators against an entire media company.

To many politicians, anything that impairs their egos and paints them in a bad light is biased. In the past the Congress has already tried to enact a Right of Reply Bill,9 just so they can force the media to give them space and air time to respond to every criticism and displeasing report.

The bill was not passed. Then and now, politicians have no business legislating what the media can or cannot say — that the media must be free to self-regulate and to exercise its own editorial judgment is a right enshrined in the Constitution.10

The fact that everyone has biases is obvious to many, but it’s still unfortunately lost on a lot of people. I’m afraid that those who have not fully wrapped their heads around the concept are the same people who are easily persuaded by the accusations made in the recent franchise renewal fiasco.

So I write this post not only so I can whine and be pedantic about the word bias; I also want to explain the concept to those who may be hearing all of these for the first time.

I, too, am biased. Everyone is. Prefacing your political commentary with “I am not biased” does not magically erase your biases, in the same way that politicians being elected into office does not automatically grant them the right to be perpetually praised by the media and the public.

Next time you feel like using the word bias, ask yourself: bias for whom? Bias against what? This quick introspection may seem unnecessary, but it encourages us to become more discerning.

The people in power thrive on spreading misinformation and dividing populations. I think we owe it to ourselves and to our neighbors to be more informed, to be more analytical, and to develop a habit of questioning not only other people’s beliefs and opinions, but also our own. #

10 The 1987 Constitution of the Republic of the Philippines. Article III, Sec. 4.

The featured image is an edited version of a photo from ABS-CBN News.

I encourage everyone to consult the references I cited, and to confirm or even challenge the arguments I made by doing your own research.

If you have the time and the privilege, please read the news, read extensively, and try to reach out to people outside your immediate social circles. Join mass organizations if you can, talk to people who do grassroots organizing and learn from them.

We can disengage every now and then, that’s okay, but I hope at the very least we all stay informed — even if doing so causes us a little discomfort. 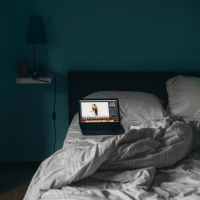 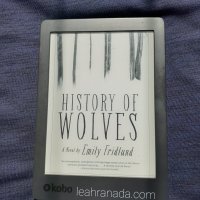 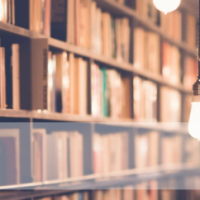